Audeze is truly the new kid on the block in the world of audio. Founded in 2008, the company has been pushing planar magnetic technology to join the mainstream headphone world. We’ll dive deeper into how that enhances the sound later in the review. In short, it means that the headphones have an overall tighter response when compared to dynamic designs.

A little tease for you though – they sound really good. In fact, we included them as a runner-up (insert a link to best headphones of 2017) on our favorite headphones in 2017. Needless to say, these headphones are pretty great.

With that being said, they aren’t the pinnacle of headphone technology and pose some issues in construction and accessibility. However, they sound much better than the price would suggest, giving a headphone that has a few mishaps but delivers an insane amount of value.

Audeze is built off a team of very smart people. While that makes good for engineering feats, it doesn’t win points in the eye candy realm. Thankfully, they realized that and teamed up with Designworks, a subsidiary of BMW, to help them design some headphones.

The Sines are one of those headphones they helped with. They look the part, too. They’re understated in a way that isn’t trying too hard. They look minimalist enough not to offend most people, but not enough to look like you’re trying to be understated. I’m sure you know what I mean. 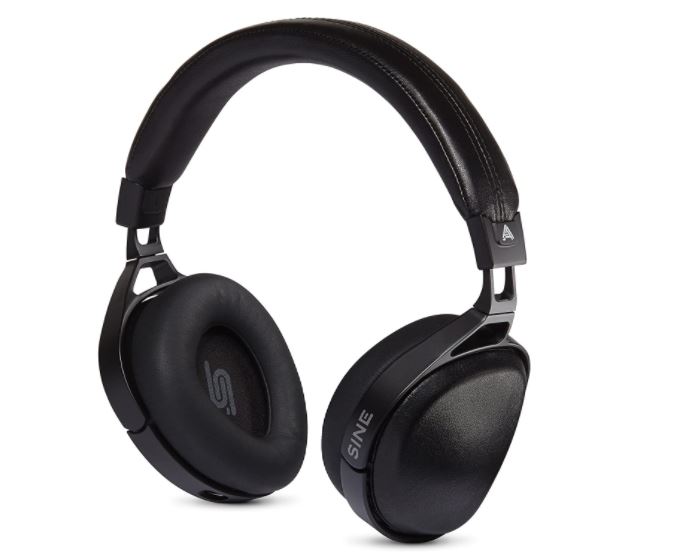 The framework is aluminum, providing some nice rigidity to the cans. Outside of that, everything is plastic. It’s not terrible, and the plastic is hard enough. However, it does feel a little cheap, especially at
nearly $500.

Now, the Sines are an on-ear headphone but have a little dip with the earcups before you meet the base of the driver. It’s close to a cross between on-ear and over-ear, but the actual quality meets an
on-ear design.

Where this becomes problematic is in comfortability. The earcups don’t feel right on the ears, sitting in between the two designs. It feels like the headphones want to hug your ears, but they don’t.

The material in the earcups isn’t bad. It feels like some sort of memory foam padding. However, the covering is that gross plastic wrapping that feels terrible on the ears. Audeze, take nots from Beyerdynamic. We want the headphones to be comfortable.

The headband, on the other hand, is actually really comfortable. The floating design features the same internals of the earcups, resting comfortably on your head. The outside is some kind of faux leather. That’s a good thing in this case because real leather would be horrible rubbing against hair.

If you’re looking for headphones that you can throw on for hours and barely realize they’re there, you’ll want to look elsewhere.

As I’ve teased you before, the Audeze Sines sound great. The typical dynamic design has been ditched instead of refined in favor of Audeze’s proprietary planar magnetic design.

Here’s a little history to give you some perspective. A dynamic headphone has a cone-shaped driver, with a heavy voice coil on the inside. The vibration of the voice coil  is responsible for the low-end of
the headphone.

However, the issue with this design is that voice coils have a weight that requires more energy to move, and thus takes longer to move. That can lead to a sound that isn’t super tight and responsive, especially on cheaper headphones. 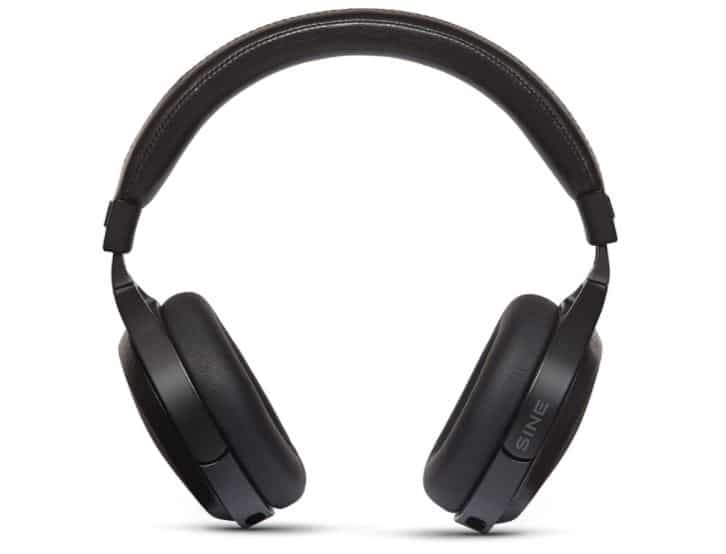 Planar magnet designs aim to overcome that issue. Instead, they feature a diaphragm that is incredibly thin and distributes the vibration evenly. What this leads to is tighter bass, better transients, and imperceptible distortion levels.

The Sines are the first on-ear headphones that feature this design. The hype is real. The headphones sound incredible. There’s a natural smoothness to them that makes the audio sound real, instead
of crafted.

A lot of headphones have a curve that sounds like the music is being glorified. That’s not a bad thing, but the audio sounds like an oversaturated picture looks. That is not the case with the Sines. They’re natural, rich, and full and achieve all of that without being outrageously expensive.

However, there’s one issue. The soundstage isn’t as large as some counterparts on the dynamic end. It’s not to say that the headphones sound closed off. They just don’t reach as far as other pairs. Depending on your preferences, that might be a good thing.

In short, the Sines sound great. The audio quality can be compared to headphones twice the price easily and stand up to the task. Despite the on-ear design, the headphones give an auditory experience that is completely encapsulating.

While not all headphones feature anything extra, the Sines stand apart. For that reason, we wanted to include an extra section to elaborate a little more on what is brought to the table.

First one, the headphones ditch the age-old 3.5mm cable in favor of a Thunderbolt cable. Whether we like it or not, it seems that the audio world is trying to lean in that direction. Thunderbolt connections have a higher bandwidth, but there really shouldn’t be much performance boost despite what the marketing would suggest.

You can find a 3.5mm jack for the Sines, but you’ll have to track it down secondhand. Despite promises from Audeze, it doesn’t look like the cable will ever becoming.

However, the integration into Apple products goes deeper. The Audeze iOS app features a 10-band EQ that actually sounds good. As opposed to the stock EQ on your device, this one is tailored for actual tone shaping. There are even presents that change the EQ in real-time depending on the signal. 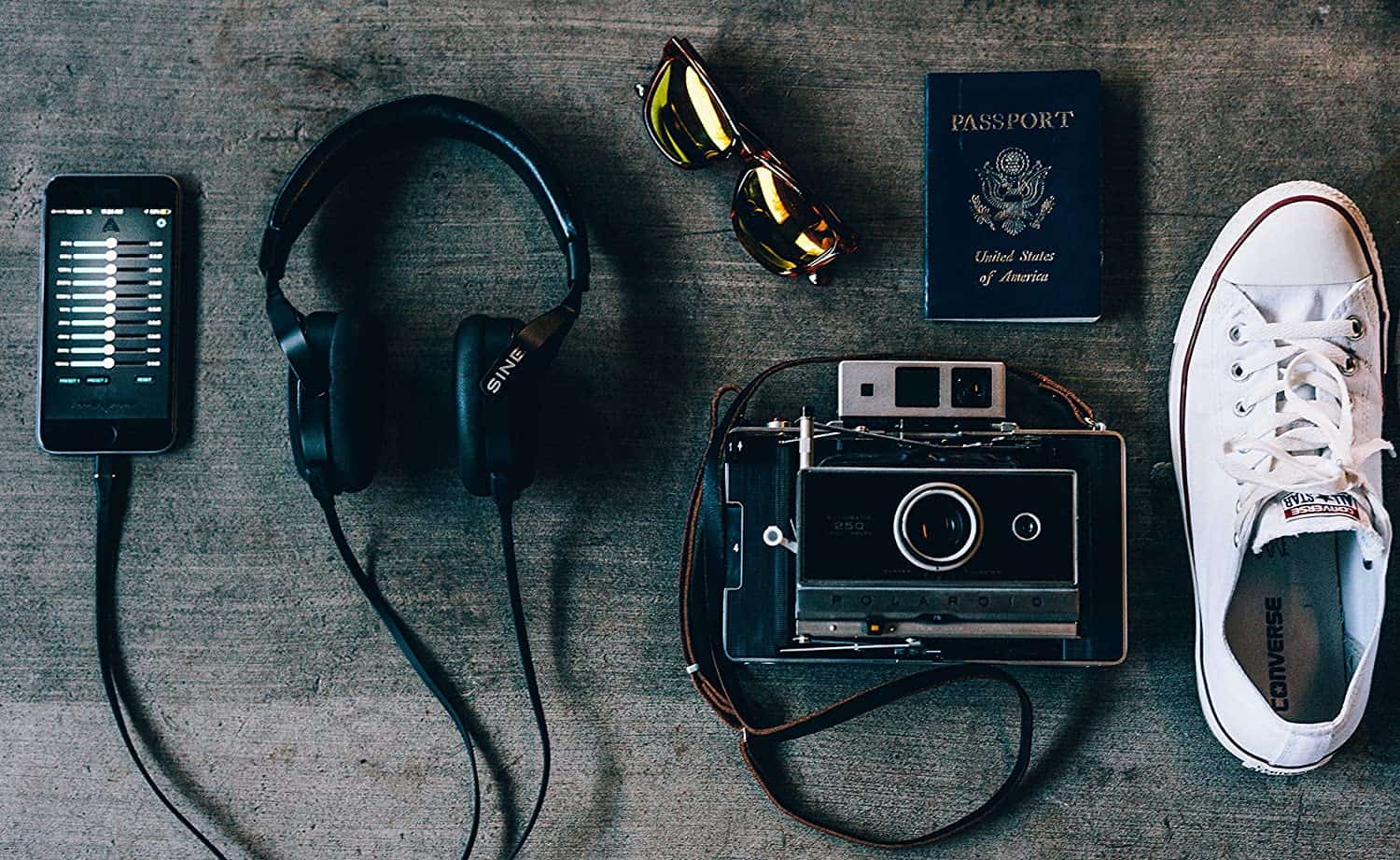 It’s not the best EQ out there and certainly doesn’t make the headphone jump a class in terms of quality, but it’s a nice toy to play around with.

Best Feature of the Audeze Sine

Undoubtedly the standout feature of the Sines is the sound quality. The headphones are truly in a class of their own, being the first on-ear headphones to harness planar magnet technology inside. This grants an audio experience to those not looking to spend thousands on headphones that were typically reserved for the most devoted of audiophiles.

The overall response of the headphones is natural. In fact, they’re some of the most natural-sounding headphones I’ve ever heard.  The music sounds real, as opposed to having peaks and valleys like some dynamic designs.

Taking into account sound alone, the price is a steal for these headphones.

Worst Feature of the Audeze Sine

The blemishes are real though. The design is on-ear and it unfortunately shows. Or feels rather. The headphones are super uncomfortable. They aren’t bad for shorter listening sessions, but after an hour or two, you’ll notice some fatigue.

The headphones don’t clamp down too bad, so it’s not like your ears are being smooshed against your head. It’s more in how the earcups sit. They almost feel like they want to jump over your ears, even though they won’t.

Additionally, the plastic design feels a little cheap. While it’s rigid and shouldn’t pose any issues, I would have liked to see something a little more exotic for $500. 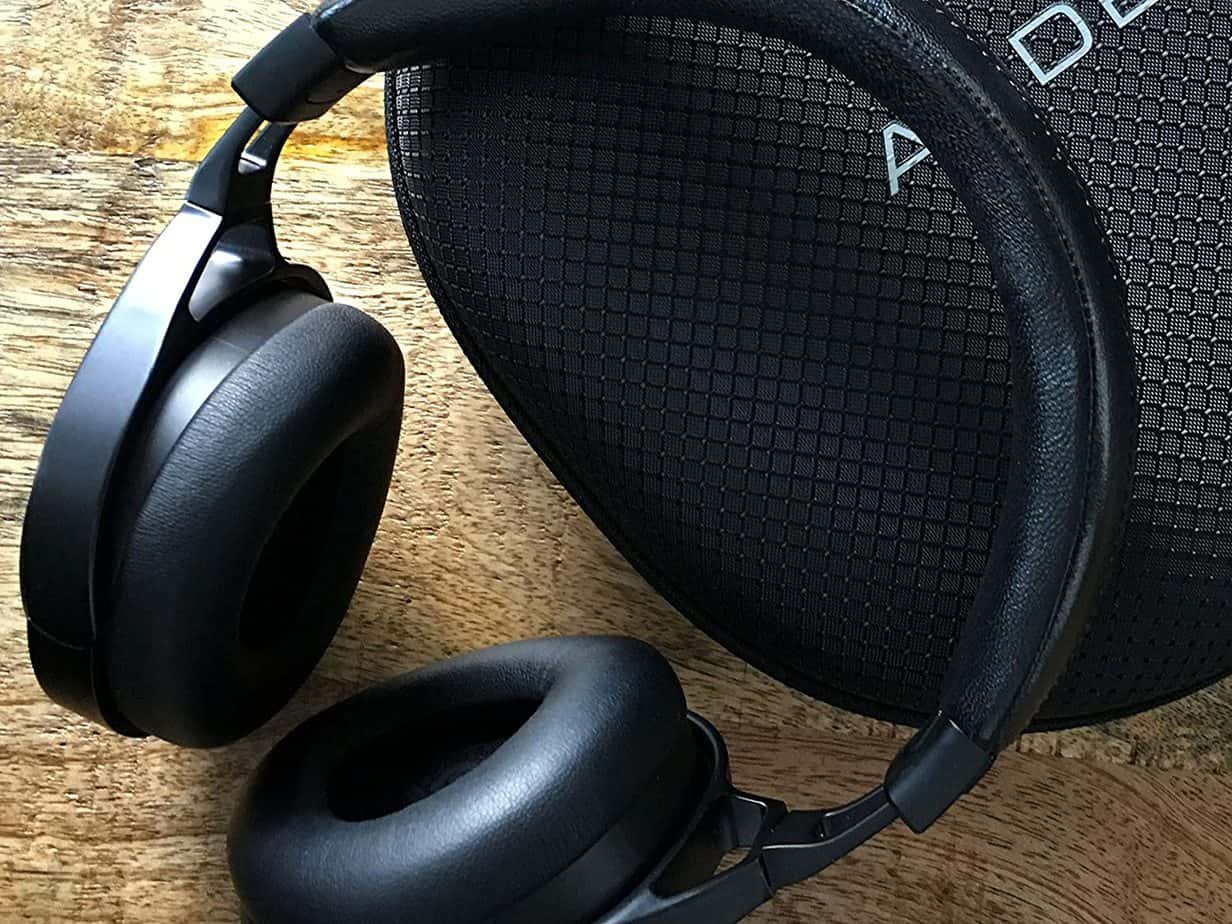 Overall, the Audeze Sines stick out in one area – the sound. The planar magnet design really does wonders over a typical dynamic design and offers an auditory experience that is different than most are used to.

The sound is natural, giving a sense that real musicians are playing real instruments. I know that sounds crazy, but the headphones just give that sense. They don’t sound surgical.

However, there are issues. If you want to sit and listen to music for a few hours and forget that you ever have headphones on, these aren’t the ones for you. The design is really nice looking, considering the partnership with Design works, but the actual construction leaves a little to be desired.

Still, if you’re looking for the best audio quality for the lowest price possible, it’s hard to go wrong with
the Sines.

If you’re looking for some planar magnetic headphones, but $450 is a little too steep for you, then these headphones are a solid alternative. Around half the price, these cans kick out some awesome audio, with tight bass and super responsive transients.

They’re an over-ear design, and a lot more comfortable than the Sines as well. You may not be a huge fan of the design, but I kind of like them. They’re a little too flashy, but I’m not complaining at the price point.

If you don’t really care about the technology inside and are just concerned about the audio quality, the Beoplay H6s are a consideration. They aren’t as good sounding, but they will give an overall response quality for a low price.

In addition, they’re beautifully designed and super ridgid. The comfort is a huge step above the sines, and the detachable 3.5mm cable means they’ll be compatible with all of your devices.

The only thing relating these headphones to the Sines is the fact that they actually produce sound and are around the same price point. The MDR1000X/Bs are a Bluetooth pair of headphones with an over-ear design that are completely dynamic.

The closest comparison would be the Bose QuietComfort 35s. They’re super far away from the Sines but should consider if the only thing you have in mind for headphones is a price point. These cans still sound great, just in a different way. Oh, and they’re actually comfortable.