After the partnership between Monster and Beats abruptly ended, both brands began making their own exclusive headphone models and the latest offerings from both companies are similar in price, but are they also similar in features? This article compares the popular Beats by Dre Solo 2 with the Monster DNA headphone lines to determine which of these two companies left the marriage with the better product line.

Bottom Line up Front: Overall, I prefer the Beats Solo2 as they offer a better overall sound (good for audio purists like me!).

Continue reading for my full analysis…

Beats headphones have become synonymous with audio quality and backed by Dr. Dre himself, the Beats product line has experienced enormous success in the last few years. Like all Beats products, deep bass notes are one of the product’s major selling points and the Solo 2 product line is no exception.

Monster DNA also produces a significant amount of bass so which one is actually the better of the two? Keep reading to find out. 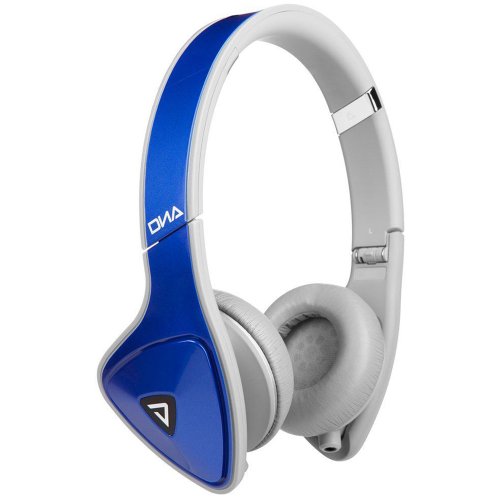 Monster DNA On-Ear Headphones Check Price
We earn a commission if you click this link and make a purchase at no additional cost to you.
Better noise distortion control 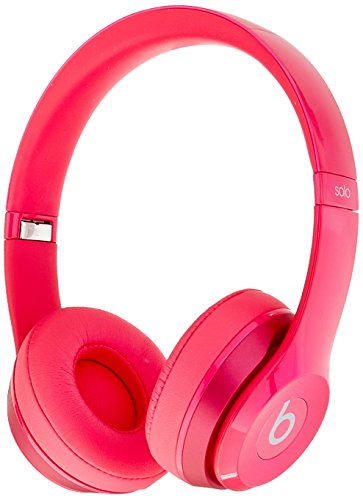 Beats Solo 2 WIRED On-Ear Headphone Check Price
We earn a commission if you click this link and make a purchase at no additional cost to you.

The Solo 2 is also an on-ear design that is extremely comfortable due in large part to the headphones’ lightweight. In addition to the standard Beats colors of red, black, and white like the popular Mixr product line, the Solo 2 is also offered in pink, blue, and gray. 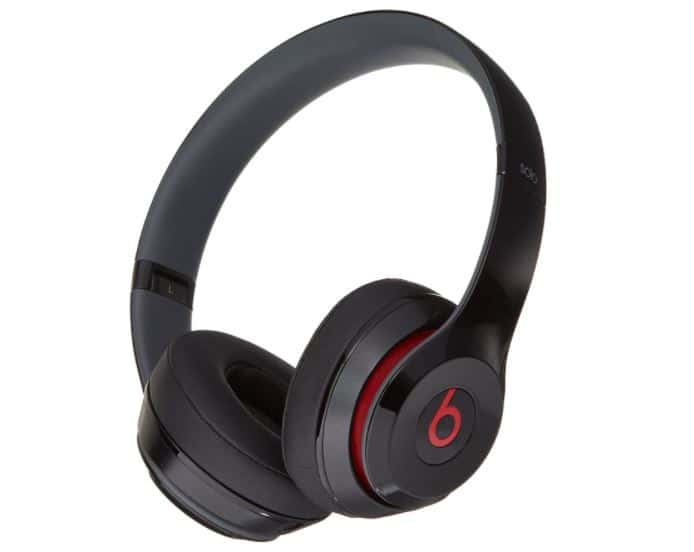 Although neither the Mixr nor Solo 2 have active noise cancellation, the ear cups of both designs do a decent job of blocking out ambient room noise.

Unlike Mixr, however, the Solo 2 only has one removable audio cable that can only be attached to the left ear cup. This cable does include the Control Talk+ feature mentioned in the previous section that allows users to skip tracks as well as answer and end phone calls. The multi-function buttons can also be used to play and pause tracks.

These headphones fold compactly at hinge points on the headband and fit neatly into the padded protective pouch found in the box. This pouch also includes a carabiner to easily attach the pouch to the outside of a backpack while traveling.

Solo 2 provides a full audio range without distortion but the bass is obviously driven a little harder than both the midrange and high tones. Although audio purists may find this to be a poor quality musical representation of many popular music genres, these headphones are marketed for people who want big bass sound from their headphones, and depending on the type of music you listen to, you won’t be disappointed.

Although heavy bass lines are the Solo 2’s specialty, these headphones performed very well across a wide variety of musical genres including jazz, classical, rock, and of course, hip hop and dance music.

Key features of the Solo 2 include:

The most recent product to be released by Monster since the split with Beats by Dre is the Monster DNA on-ear headphone. These headphones boast a highly stylized look that users can further customize using various skins. 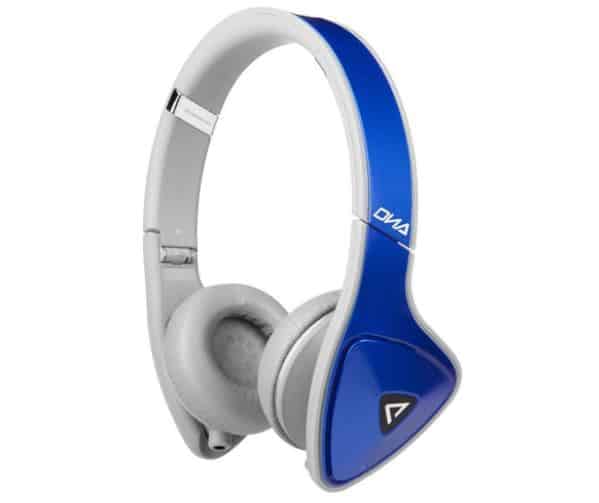 The sound signature of these headphones would fit into the Beats by Dre lineup very well as both headphones offer amplified bass and a high end that makes many music genres “pop” in a way that many other companies try to emulate but few succeed in doing successfully. That said, these headphones will likely be a disappointment to true audiophiles looking for a flat, true sound rendering across a variety of musical genres.

One of the most attractive components of the DNA lineup is the futuristic look provided by the triangular earpieces and the assortment of color combinations available. In this department, Monster has the competition beat hands-down as the Beats by Dre lineup hasn’t changed much since it first became popular a few years ago.

Like its competitor, the DNA boasts removable cables and includes two cables in the box. The first cable includes inline controls for easily changing music on the go. The second cable includes a microphone for making calls from a mobile device. Perhaps most importantly, removable cables add value to the product because in many cases, the cable serves as the failure point when headphones go bad. Removable headphone cables allow just the cable to be replaced when damage occurs – saving the user from costly headphone repair or replacement.

In terms of performance, DNA works well up to moderate volumes at which point things start to get a little disappointing.

Up to moderate (even moderate-high) volume levels, the DNAs work very well and exhibit the characteristic Monster trait of loud bass and highly sculpted high frequencies to create an exciting mix. After a certain point, however, the DNAs start to diminish in sound quality. First, the frames of the headphones start to rattle from the bass and this can become quite annoying when listening to music for an extended period of time. When the volume is turned up even louder, distortion enters the picture and for the price of these headphones, distortion shouldn’t be an issue at all. 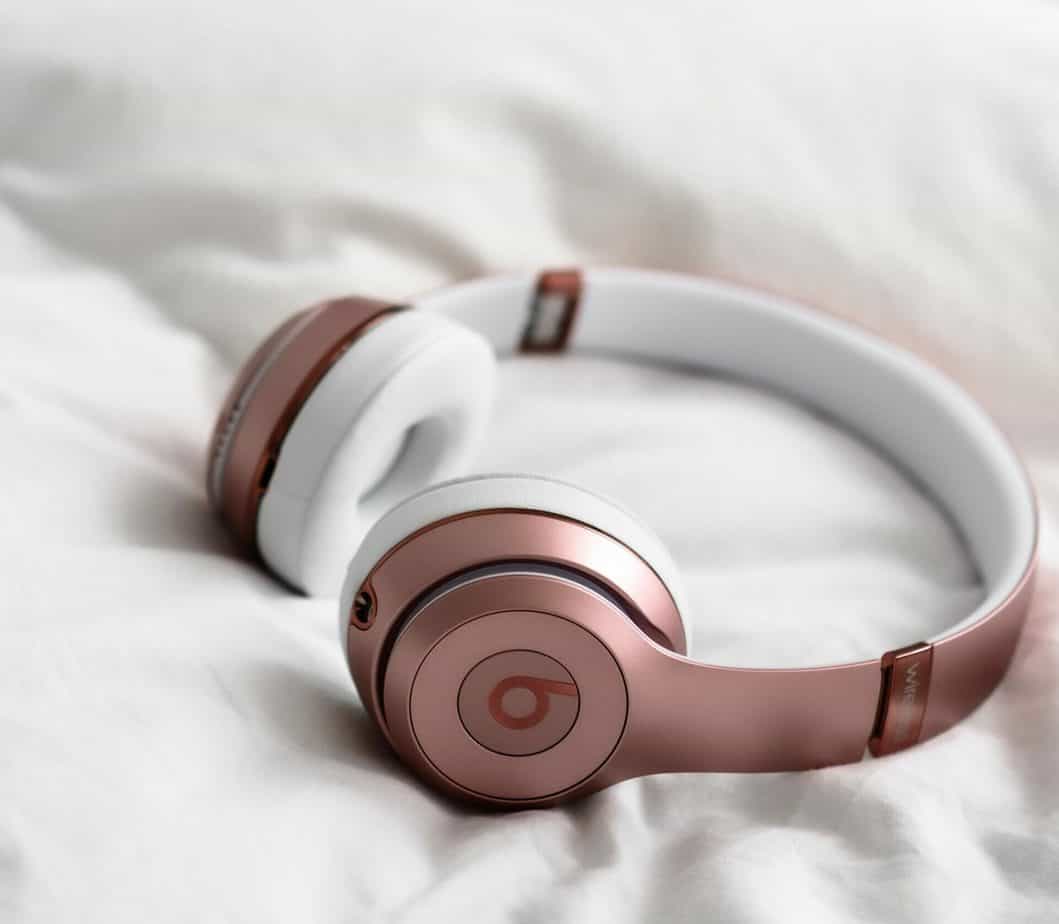 In other words, if you like deep bass, the DNA is a good choice until you start listening to levels you probably shouldn’t be listening to anyway because that’s when the distortion kicks in.

Which is the Better Headphone? Monster DNA vs Solo 2

For almost the same price, these two headphones both offer listeners quite a lot of sound for their money although the distortion of the DNAs at high volume levels makes them the runner-up in this competition.

Both of these headphones are geared towards listeners that want an exaggerated bass response so the fact that the DNAs distort at high volumes due to excessive bass is a serious mark against these headphones.

That said, the futuristic design of the Monster product is attractive to many listeners and the customizable skins allow each listener to further customize the headphones for a unique style while jamming out to your favorite tunes.

Monster DNA On-Ear Headphones Check Price
We earn a commission if you click this link and make a purchase at no additional cost to you.
Better noise distortion control

Beats Solo 2 WIRED On-Ear Headphone Check Price
We earn a commission if you click this link and make a purchase at no additional cost to you.

The best way to choose which headphone is best for you is to try them out and see for yourself.

Many big-box retailers have both of these models on display so you can make your own decision about how best to spend your cash when it comes to choosing headphones. It’s also worth noting that there are numerous other options in the headphone market that cost significantly less and offer a much more accurate audio rendering than either the Beats by Dre Solo 2 or the Monster DNA can manage.

Offerings from Sennheiser, Harmon Kardon, and Bowers & Wilkins are just a few examples of such headphones. Either way, before spending tons of cash on headphones, make sure to do your research and get the headphones that best reflect your style and choice in musical genres.

Bottom Line: From a purely audio perspective, I’d take the Solo 2 headphones over the Monster DNAs.

I'm sorry. I had to quit reading after I noticed that you describe yourself as an audiophile but still took either of these muddy disc-driver headphones seriously. No freq response charts? No SPL curtain? No actual analysis? The affiliate link for the beats doesn't do much to assure me of the integrity of the review, either. It's OK to prefer the Beats over the DNA, for sure. To recommend either, as an "Audiophile", is straight-up disingenuous.