Skullcandy makes a number of budget headphones that provide a lot of punch for the price. While they aren’t the nicest headphones out there, there is still a fantastic option for those looking for an inexpensive headset with a lot of features under the hood.

Two of the most popular pairs fall right around the $60 mark. The Skullcandy Crusher and the Skullcandy Hesh 2 Wireless both are relatively inexpensive pairs of cans that pack some serious punch for the price. However, do the Crushers prove to provide a better experience, or does the wireless advantage of the Hesh 2 Wireless win out?

Skullcandy isn’t a stranger to budget-oriented headphones. While they aren’t the best headphones on the market, there is still a fantastic option for value seekers. The headsets offer a lot of features under the hood for a great price.

Around $660 are two of Skullcandy’s most popular pairs. The Skullcandy Crusher and the Skullcandy Hesh 2 Wireless both are inexpensive pairs of cans that offer a lot for the money.

The Hesh 2 Wireless’ does add Bluetooth. However, the solid performance of the Crushers in place of extraneous connectivity proves to provide a better overall experience. 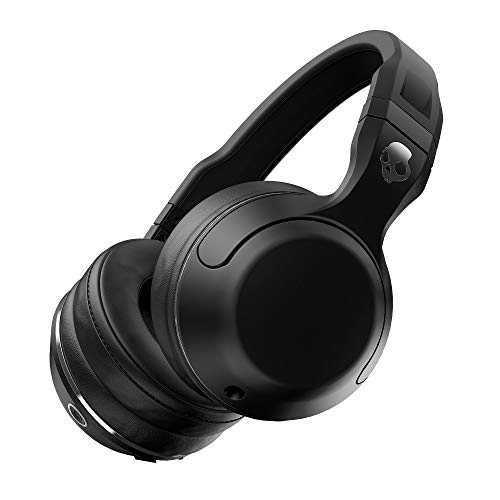 Skullcandy Hesh 2 Wireless Over-Ear Headphone
$54.98
Check Price
We earn a commission if you click this link and make a purchase at no additional cost to you. 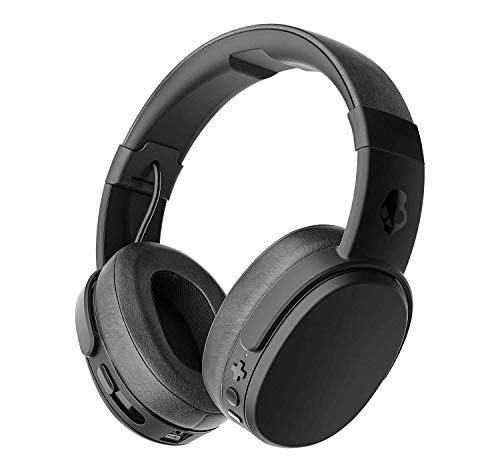 Skullcandy Crusher Wireless Over-Ear Headphone
$98.50
Check Price
We earn a commission if you click this link and make a purchase at no additional cost to you.

Off the bat, the Skullcandy Crusher may seem like a less feature-rich headphone than the Hesh 2 Wireless. The obvious lack of wireless functionality makes them seem inferior at the same price point. However, upon deeper inspection, the Crusher proves to be a solid pair of headphones that, while lacking in wireless functionality, is built fantastic, matching the quality of the audio.

The real show with the Crushers comes in the sound produced from them. Despite being a $99 pair of headphones, Skullcandy has managed to create a full rich experience that pumps out quality audio like it’s no one’s business.

The first part of the equation is Skullcandy’s own Sensation 55 driver. This patent-pending driver extends the bass well into the subs, pumping with the best of them. 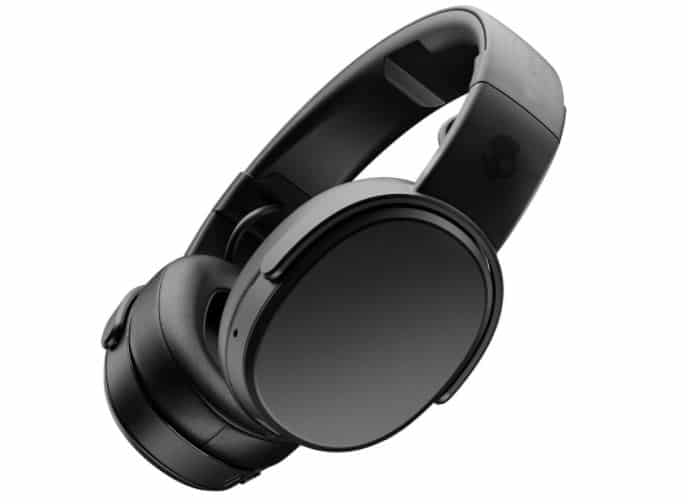 The low-end is totally full, sometimes even overpowering. While the trend in most mainstream audio devices is loads of bass, the Crushers just seem to be a bit too much at times, occasionally overpowering the rest of the spectrum.

However, this can be fixed. A slider placed on the side of the earcup can be used to tune the bass response to your preference. This kind of on-the-fly EQ is a fantastic feature, and after a little tweaking, I easily found a sound I liked.

The main driver is Skullcandy’s REX40 driver. This 40mm driver is smooth, producing a frequency response that doesn’t sound thin or fake. The minimal distortion makes the driver feel like it’s worth much more than the asking price of only $99.

Still, the high-end isn’t as quality as more expensive headphones. A little too much information up here can cause the headphones to lose clarity at extreme volumes. Still, at $99, the REX40 driver is still impressive.

The midrange is defined, although slightly less present than expected. Unsurprisingly, the headphones maintain a scooped characteristic. Still, the midrange is there, no completely lacking overall and still punching through enough to satisfy.

All of this is turned up with the inclusion of a built-in class D amplifier. The amp (while not all that high quality) is nice to see in such an inexpensive pair of headphones and does contribute to an overall “beefy” sound that the Crushers put out.

The construction of the Skullcandy Crushers is about what you would expect from a $99 pair of headphones. While certainly not bad, the plastic construction makes the headphones ultra-lightweight, not totally feeling like a high-end device.

Really, the issue here is the lack of anything on the headphones being reinforced with metal. The construction is completely plastic. The plastic isn’t cheap, but the headphones don’t feel as substantial as I would hope for.

However, if you do want to beat them up, the Crushers are easy to take around. The articulating ear cups and foldable design make them easy to pack up and go, protecting the subpar construction. The inclusion of a detachable cable as well ensures that these headphones will still connect after a few trips.

The earcups are comfortable, hugging completely around the ear. While the headphones may not be the best constructed, they do feel nice on the head. 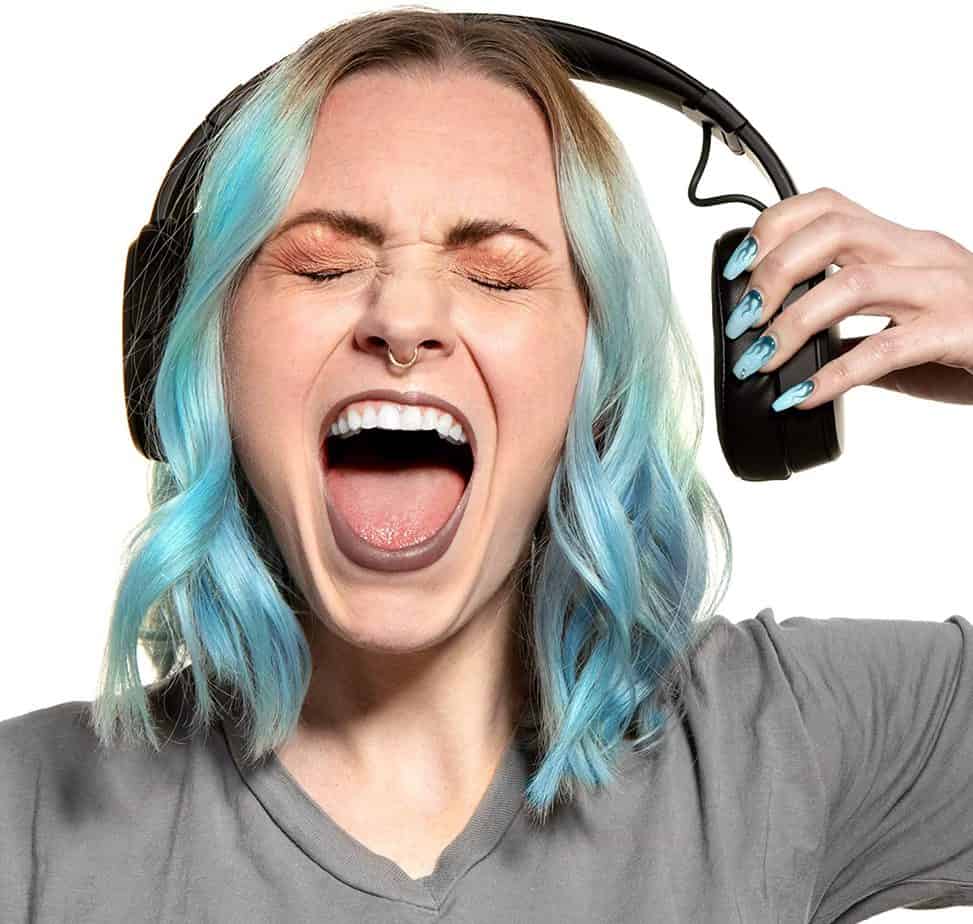 The lightweight design, while feeling cheap in the hands, is a godsend when on your head. The Crushers float on top of your head, feeling like music is just blasting into your ears.

Overall, the Crushers lack in quite a few areas, but they hit it wherein counts. The audio performance at only $99 is exceptional, delivering smooth response across the frequency spectrum and loads of low end for those who crave it.

The combination of REX40 main driver Sensation 55 bass extension driver creates an experience that is something special at this price point. This performance overshadows the lack of wireless functionality of the headphones.

However, the subpar build quality holds the Crushers back. While they feel fantastic on your head, they don’t feel the best in your hand. A collapsible design makes them easy to transport, but I’m not confident that they will hold up in this scenario.

The Hesh 2 Wireless from Skullcandy tells a much different story than the Crusher. Being a cheaper option for the wired variant, the Hesh 2 Wireless gains some buffs with wireless functionality via Bluetooth but loses out on some key features that make the Crushers such a great performer.

The sound quality of the Hesh 2 Wireless carries over from the standard Hesh 2s. While this sound isn’t bad by any stretch of the imagination, it doesn’t please nearly as much as the sound does on the Crushers.

These headphones ditch the dual driver design found on the Crushers in favor of a single, larger driver. Powering the headphones is a 50mm driver in each ear cup. While the driver certainly isn’t bad, it feels like a compromise when compared with the pairing on REX40 and Sensation 55 drivers.

If those drivers were black and white, the single 50mm driver in this pair of cans would be grey. While everything is there, the definition in each area of the frequency spectrum severely suffers, often not fully articulating a single range. 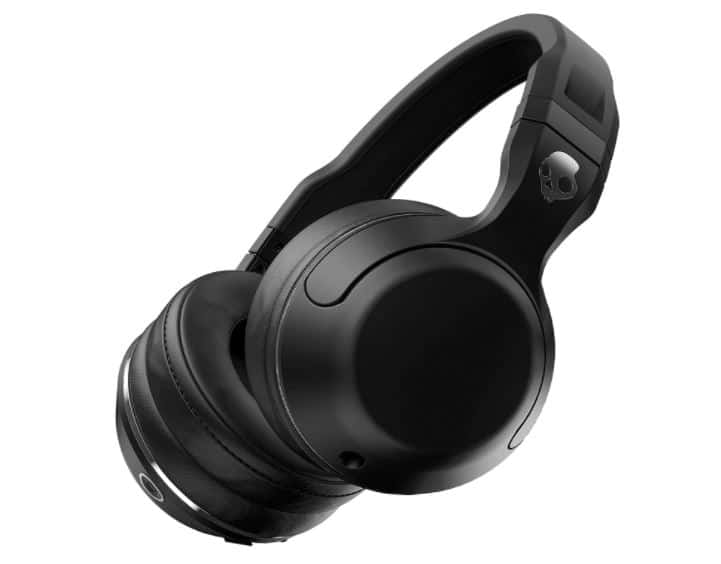 However, it should be noted, that the 50mm driver does crank out a considerable amount of low-end. Despite this, the lack of slider found on the Crushers means that this extension sometimes feels overpowered, not exactly meshing with the rest of the frequency spectrum.

But, you have to pay for convenience. The Hesh 2 Wireless’ hallmark feature is the Bluetooth functionality built into the headphones. It works as expected, with relatively painless pairing and, of course, wireless functionality.

Skullcandy took it a step further though, separating the Hesh 2 Wireless’ from the wired counterpart. On the bottom of the ear cup are controls that would normally be found on a wire for control of volume, start/stop, and answering calls.

Overall, the Hesh 2 Wireless’ doesn’t sound bad by any stretch of the imagination. However, the lack of quality does become blatantly apart when put up against the Crushers.

Surprisingly, the construction of the Hesh 2 Wireless’ doesn’t feel like a cut-down version of the Crushers. In fact, it feels like a significant improvement.

Still sporting a mostly plastic construction, the Hesh 2 Wireless’ headband is now reinforced with metal. Skullcandy hasn’t specified which metal, but the fact that the construction was pushed further for this design makes up a lot of weight, literally.

The Hesh 2 Wireless are over double the weight of the Crushers, feeling much more substantial in the hands. While I wouldn’t call them hefty by any means, holding the two side by side makes the Crushers feel more like a toy and less like a pair of headphones. 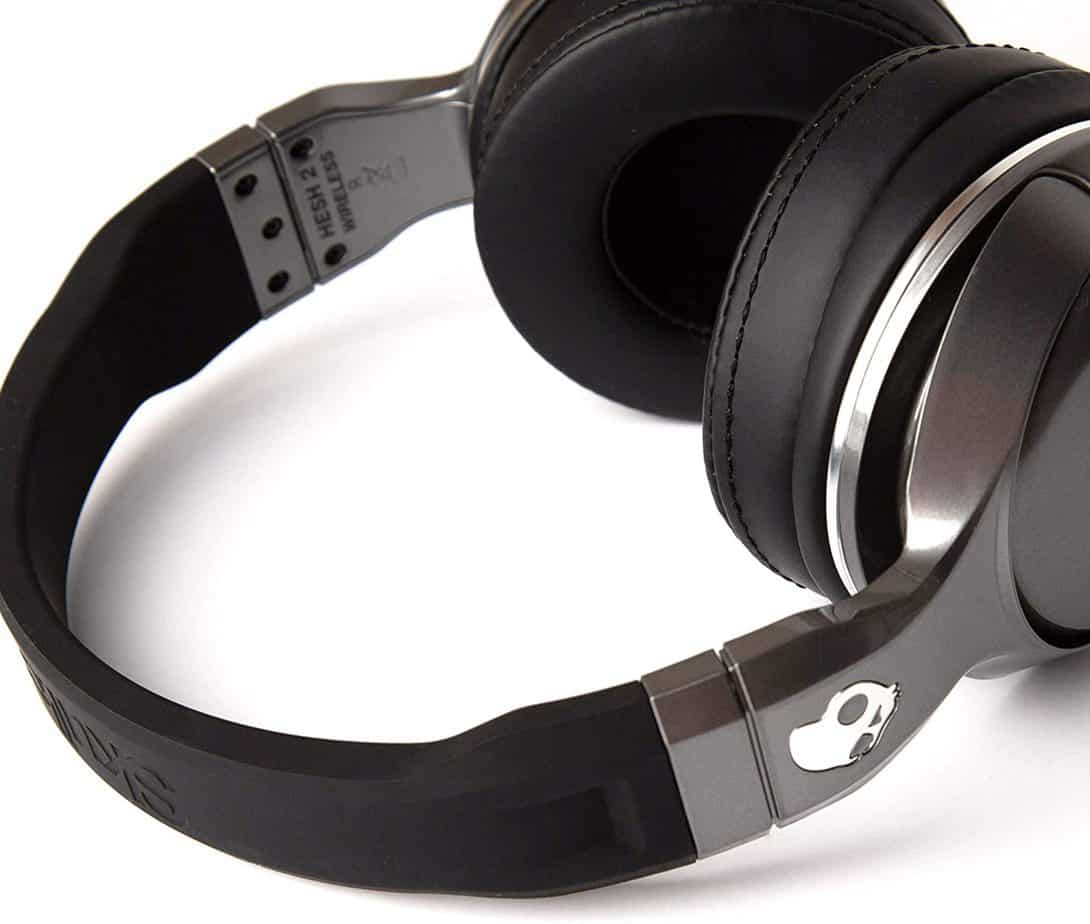 As a full picture, the Hesh 2 Wireless’ are an interesting pair of headphones. In the sound department, these headphones take a considerable backseat to the Crushers, lacking the same driver, bass sensation control, and built-in amplifier.

However, they do makeup in wireless functionality via Bluetooth and build quality that well exceeds that of the Crushers. The metal-reinforced (wish I knew what metal it was exactly) makes these headphones feel considerably more substantial in the hands and on the head, leading to a more premium feel.

Still, the sound being pumped out of them doesn’t tell the same premium story and that’s all that may matter.

Skullcandy Hesh 2 Wireless Over-Ear Headphone
$54.98
Check Price
We earn a commission if you click this link and make a purchase at no additional cost to you.

Skullcandy Crusher Wireless Over-Ear Headphone
$98.50
Check Price
We earn a commission if you click this link and make a purchase at no additional cost to you.

At the end of the day, these headphones really do come down to preference. The tradeoff between the two is as clear as it comes, trading some audio performance for convenience.

For my money, I couldn’t help but stick with the Crushers. While the build quality leaves much to be desired, the audio performance compared to the Hesh 2s is significantly better, adding much more value to the listening experience.

However, if you value convenience then the Hesh 2 Wireless’ is probably the best bet. The convenience of Bluetooth, exceptional build quality, and optional cable mean these headphones can go where you go. When you get there, the sound quality may not be the best, but there isn’t much that can be expected at only $99.

Overall, both headphones are solid options at $99, the trade-off between them truly being up to the user.