Since Apple’s Airpods have released, wireless and cordless earbuds have become increasingly popular, with many brands their best to the table. While Apple’s offering will give some status points, they don’t offer much outside of their cordless form.

However, Apple offers another option. The Powerbeats 3 come in as a wireless, but no cordless option, sporting a price tag that is $50 more. While both don’t sound that great, the extra $50 may be too much to ask.

At over $150, the price is a little bit difficult to justify on the Airpods, considering the buds don’t sound much better than the included Apple EarPods. At a slightly higher price point, the Powerbeats 3 will offer a slightly more primitive form and only subtle improvement on the Apple design.

Apple AirPods with Charging Case (Wired) Check Price
We earn a commission if you click this link and make a purchase at no additional cost to you. 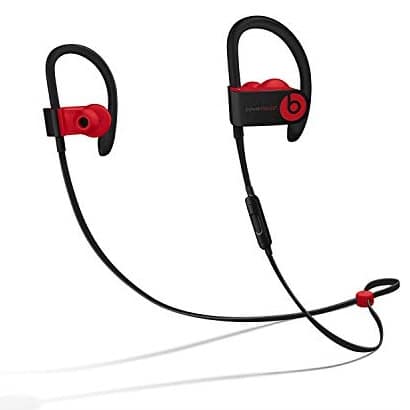 Powerbeats3 Wireless Earphones Check Price
We earn a commission if you click this link and make a purchase at no additional cost to you.

The Powerbeats 3 are the third (obviously) incarnation of the wireless offering from Beats by Dre. While a third party item, Apple sells them first hand, with the intended use being with Apple products. For any budget-based buyers, you know this combination shouldn’t offer much value for the money and, unfortunately, it doesn’t.

For the money, you do get a few features, though. While the list isn’t anything that should be offered at this price, you should be comfortable with what’s offered.

First is the battery life. Over the Airpods, the Powerbeats 3 have a substantially longer battery life. Because of the older design, there is no reason to return them to the case after a few hours of use. You’ll get 12 hours, which, for this product, is just about the status quo. However, compared to the Airpods, it’s a big improvement. 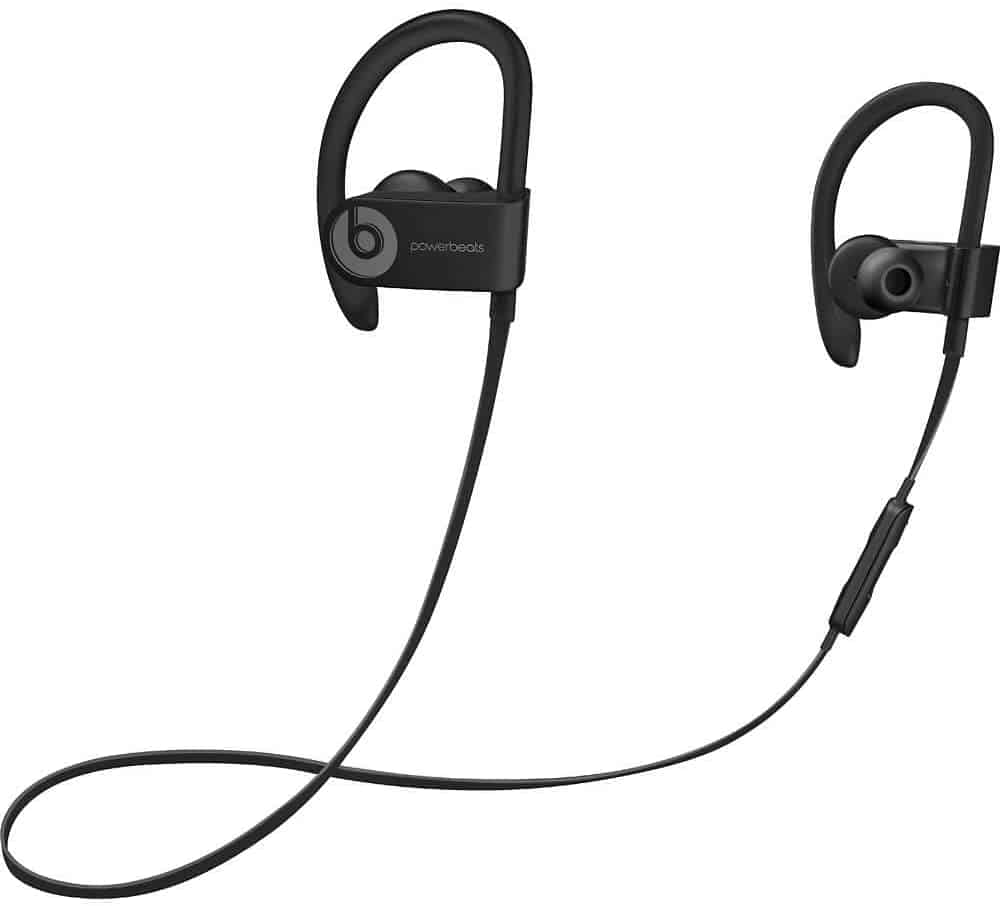 These are meant to be taken out and used, though. The earbuds are both sweat and water-resistant, but not fully protected. At this price, I would’ve hoped to see some official waterproofing, but there is none here. While I can’t say firsthand that they’ll break, online reviews go on about how they frequently will.

I wish there was more to talk about with these earbuds, but there isn’t. Apple’s minimal approach doesn’t work in the favor of these earbuds which don’t provide the status of the Airpods. This product, especially in this area, is disappointing with other products that are far cheaper with far more.

Design-wise, Apple isn’t winning any points with these earbuds either. The look and build of them are about as plain as it comes. A beats logo on the side adds some flair, but they’re stuck outside of that.

You will have a cord, which is hard to justify considering the Airpods are more inexpensive. Leading up to the drivers are ear hooks for each to keep them in your ear. However, they aren’t very comfortable. A lack of padding makes these hooks dig into your ears, making anything over a few minutes unbearable.

The rest of the build quality tells a similar story. An all-plastic construction breaks down quickly over time. Either they will die or break. Similarly, the substandard water resistance doesn’t give me much hope that they can survive in most environments.

Unlike the Airpods, there are no integrated controls that make using the earbuds simple. Pairing constantly has issues, and a simple in-line remote is something that is expected on a $20 pair of headphones, not carried over to a $200 pair.  Again, in this category, these earbuds are a disappointment.

If you’ve listened to beats before, then you know what to expect here. Lots of mids scooped out in favor of overpowering bass that, thankfully, drowns out some of the brittle highs. While they improve over the Airpods in the “hype” category, these earbuds sound much less balanced.

The biggest offender is the bass. Beats are notorious for having a copious amount of it and the same is true here. However, an over-ear pair of headphones is acoustically much different than a pair of earbuds. The bass drowns out the sound, not fully punching and making the overall response muddy.

The real issue here is actually a bug within the earbuds. After a little while, the earbuds will randomly turn themselves up to full volume and back down again. There is no rhyme or reason as to when or why this happens, but it still does.

While we can’t say for sure, reviews online even report them randomly turning on and connecting, even when powered off and in their case. Even if they were incredibly inexpensive, issues like these show a product that was rushed to market with little QC.

The Powerbeats 3 simply aren’t worth the materials used to build them. While you will get an extended battery life and a little extra bass, the price is way too high to even begin justifying it. Combine that with the countless issues with pairing and volume, and these earbuds are a real loser.

When Apple ditched the 3.5mm jack on their phones, people lost their minds. Of course, they had a pair of wireless and cordless earbuds to fill the hole their announcement left. While they aren’t the best of the best (as Apple would lead you to believe), they paved a way for a whole new generation of earbuds to be pushed into the mainstream.

Apple advertises the Airpods as something “magical”. And, for iPhone users, this is true. The AirPods integrate beautifully into the Apple ecosystem and create one of the best experiences you could possibly have with earbuds at this point.

The core of the whole thing is the Apple W1 chip built into the AirPods.  Optical sensors and motion accelerometers work with the chip to control audio and engage the microphone. This means, as soon as the earbuds are in your ears, music can start playing immediately. These are the type of features void on the Powerbeats 3 that really could have made them something special. 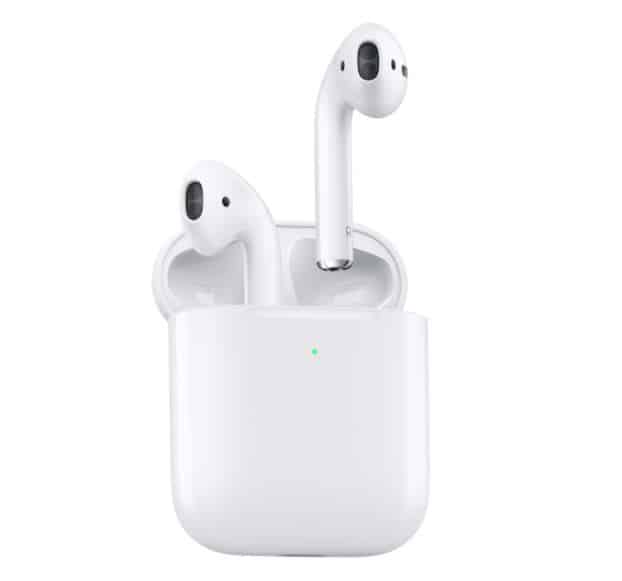 The voice accelerometer performs similarly with your voice. When you start speaking, the chip begins filtering out background noise to focus it and nothing else. This works if you’re just talking to Siri or actually taking a phone call.

Speaking of which, taking phone calls is easier than ever. Simply tap the side of one of the earbuds to answer a call. Accessing Siri is a similar process, just double tap and speak.

The crowning feature is also the biggest weakness for the AirPods. The integration with the Apple ecosystem makes it simple to pair and switch devices. Literally, take them out and they’re ready to go with your devices, all you have to do is a switch.

Which brings up the weakness. Apple products. In true form, the AirPods are incompatible with other devices, lowering the market for them significantly. If you don’t own a Mac, an Apple Watch, and an iPhone, you’re automatically missing out on all these earbuds have to offer.

If you’ve seen the Apple EarPods before, then you’ve seen the AirPods. They’re the staple Apple earbuds, minus the cord. The only real difference is a bit of a silver accent on the bottom of the drivers to add some flair.

The stick-like design can become a bit uncomfortable in the ears. As opposed to having a the Apple in-ear design, the AirPods are made completely out of plastic and simply sit in your ears. This not only hurts over time, but drastically decreases the sound. Still, they’re more comfortable than the atrocious hooks on the wireless in-ear Powerbeats.

The charging case is also disappointing. While the AirPods fit in their comfortably, the case doesn’t provide any useful information like a battery indicator. Really, the case looks like a thing of floss, and I would’ve expected more from Apple. 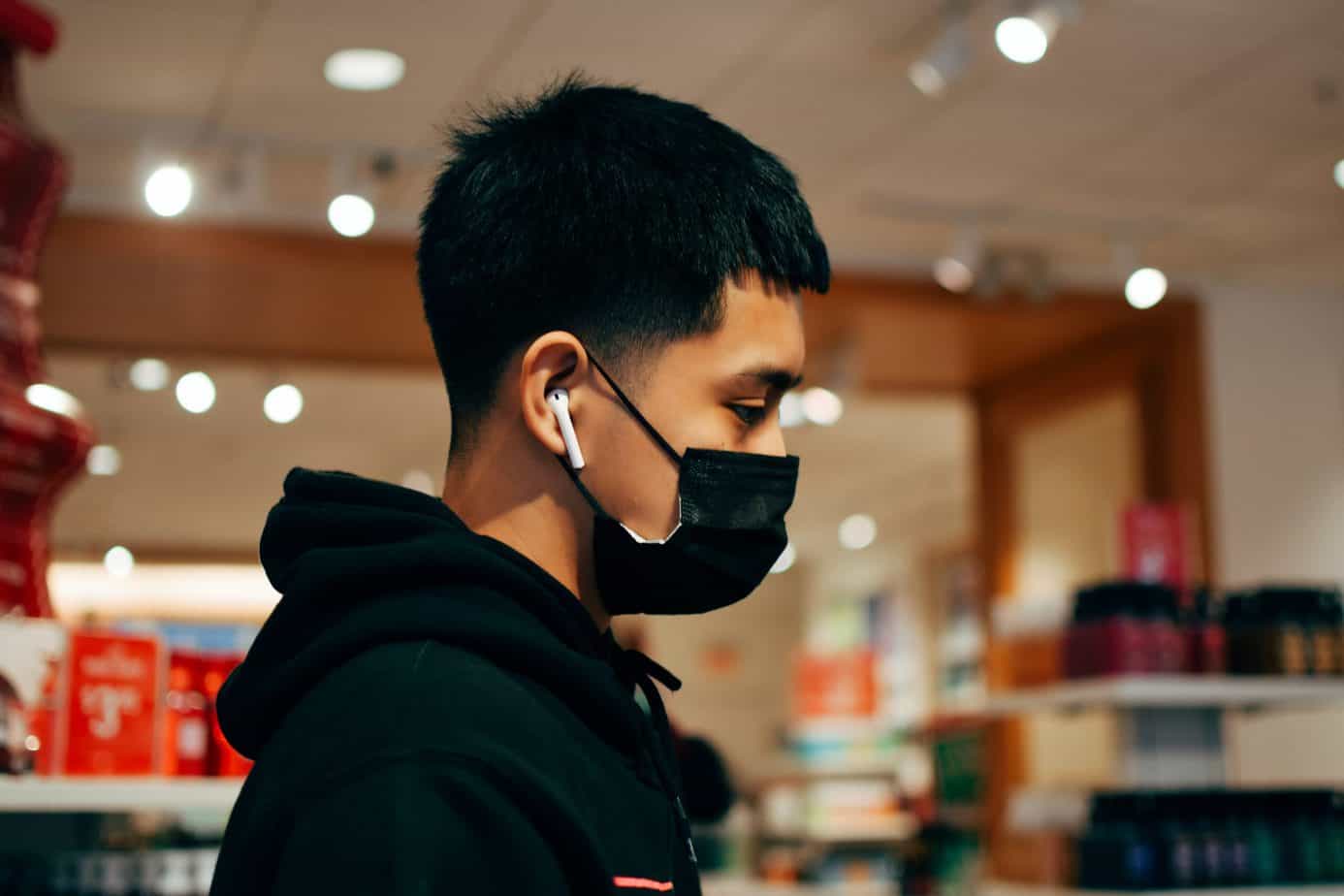 Battery life is also significantly lower than Powerbeats. Now, that should be expected, and I can’t in good faith give a win to the Powerbeats for it. It’s just something to consider when buying in.

Where the AirPods start to fall apart is in their sound quality. Again, like the Apple EarPods, the sound is exactly the same. If you’ve listened to a pair of the included earbuds before, then you’ve heard these earbuds.

The bass lacks significantly due to the earbuds just sitting in your ear. Instead, there is a bit of a perceived low-end, but no satisfying punch. Thankfully, unlike the Powerbeats, Apple doesn’t try to push bass out, so this doesn’t muddy the sound.

What does muddy the sound is the midrange. A complete lack of tuning here gives a washy sound. When they’re quiet, it’s not as offensive, but the moment the volume is turned up the sound completely falls apart due to an inefficient and over-inflated midrange.

The highs tell a similar story. They’re fine at low volumes, but quickly become distorted and shrill at extreme volumes. The highs aren’t over-exaggerated, but they combined with the midrange yield a muddy sound. 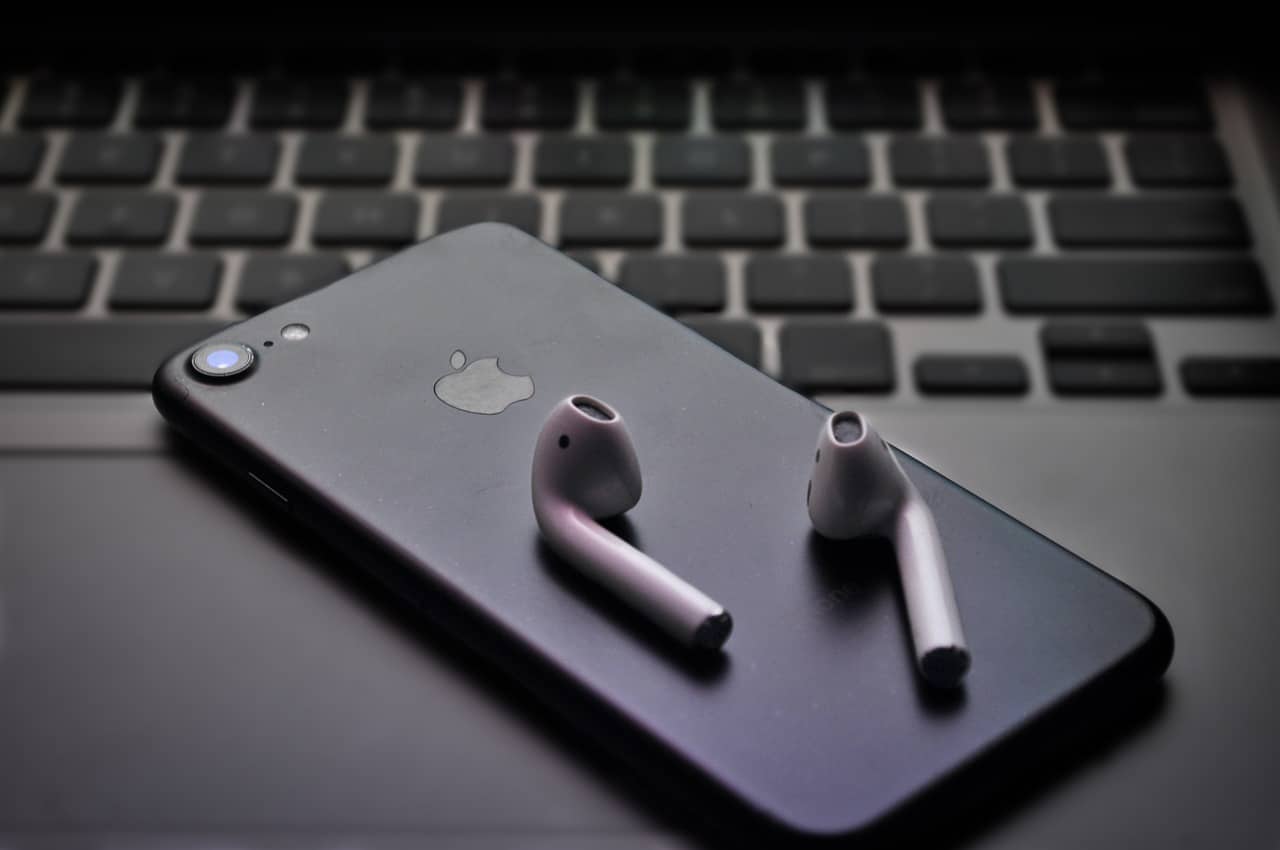 Apple AirPods with Charging Case (Wired) Check Price
We earn a commission if you click this link and make a purchase at no additional cost to you.

Powerbeats3 Wireless Earphones Check Price
We earn a commission if you click this link and make a purchase at no additional cost to you.

Apple really did bring the wireless and cordless earbuds into the mainstream. The Airpods, while overpriced, still offer a far greater value than the Powerbeats. Apple shows they are still dedicated to their first-party products, with the Powerbeats disappointing in almost every way.

While it’s hard to recommend either over other products on the market, the Airpods do something special.

If you are in the Apple ecosystem, the extra “magical” features may just justify the cost. If you’re caught between the two, let me make it easier for you. Don’t buy the Powerbeats 3.

You may be interested in Top 9 Best Headphones for 2022

I see you don't monetize allsoundlab.net, don't waste your traffic, you can earn additional cash every month with new monetization method. This is the best adsense alternative for any type of website (they approve all sites), for more info simply search in gooogle: murgrabia's tools

I hope people don't read too much into this review. First, the "bit of a silver accent on the bottom of the drivers" is actually metal that lines the microphones not anywhere near the driver. The mic is the best I have ever used in comparing at least 20 ear or headphones.

While I agree somewhat that they sound isn't crazy good, they are pretty great sounding for earphones. They are worlds above the earpods (old wired things that came free phones and ipods) and cannot be called "the same" as in this review. They have more ports, larger drivers, better crossover and more crisp clear sound by far. Not to mention the benefit of the air pods is that they are a seamless extension of the phone not just for music listening. They actually sound better for phone calls (on both sides of the call) than the actual handheld phone.